The Religion of Man

“You’re hopeless, you religion scholars and Pharisees! Frauds! You keep meticulous account books, tithing on every nickel and dime you get, but on the meat of God’s Law, things like fairness and compassion and commitment—the absolute basics!—you carelessly take it or leave it… People look at you and think you’re saints, but beneath the skin you’re total frauds.” (Matthew 23:23,28 TM)

The Master took no heed to the anger of the “religious” people of whom He spoke, and as time went on, He spoke out more strongly and plainly… The work of the Holy Spirit in the souls of men can be hindered in various ways. The first great hindrance is self-will and the love of created things.

The next… people are taken up with outward signs and symbols, and thereby a veil is drawn between their hearts and the inward truths of God. The worship of God is spiritual at all times and in all places, as Paul says he would that men prayed everywhere, and in all things gave thanks.

Another hindrance is, that even good men look at divine and spiritual things in a carnal way — they have natural and fleshly thoughts of the Lord Jesus, and think much of visions, and represent to themselves the Lord Jesus, or the angels, in some bodily shape of their own imagining, and work themselves up to think they are specially favoured by God because of these workings of their imagination, and a love for Christ which is the excitement of natural feeling. Therefore the Lord said to His disciples, It is good for you that I go away, for they knew Him after the flesh, and thus even the presence of His blessed manhood had become a hindrance to them.

People are, notwithstanding, satisfied and proud when they have let their natural hearts occupy themselves with the things of God. ‘I am always thinking,’ they will say, ‘about the Lord, how He stood before Pilate and Herod, and was scourged,’ and so on.

Dear children, whoever you may be who are thus taken up with your feelings, remember that He of whom you speak is not a man only, but the great and mighty God, who created all things, and upholds them with the word of His power, and that He became as nothing for your sins, and therefore let the thought of His sufferings lay you low in the dust before Him with shame and sorrow.

Oh, how little fruit has the blessed and glorious suffering of the Lord brought forth in men! Even the remembrance of it can fill the heart with pride, and with self! You hear people talk of these deep things of God, just as if they had flown up into the highest heaven, and have yet never taken one single step out of their own wretched selves!

How many are there who will stand there, clothed in shame, when all things are made manifest, who pass now for the spiritual and the holy! They will wish then they had never heard of these high and deep and holy things, nor had gained to themselves a great name amongst religious people — they will wish then that they had spent their days rather in herding cattle in the fields, and working in the sweat of their brow! How little do they know that their spirituality is but sense and nature!

They talk of ‘the dear Lord Jesus,’ and His birth and death, and are filled with an enjoyment which they think is of God, or they weep tears over the sufferings and the Cross of Christ, but all these things pass smoothly through their souls, as a ship through the Rhine, and leave no trace behind. For their love is a love of the enjoyment of their own feelings, and not a love of God. Outside things have touched their hearts, and the inner truth has never reached them. But natural love, and divine love, look often so much alike, it is more than easy to mistake the one for the other.

If it is natural love and enjoyment, such a man will drag himself away with a great effort from the things of the world. But if it is divine love, the things of the world will drop off, and he will despise them, and they will become to him nauseous and loathsome. It will be as though he can see no longer, for the glory of the light that has shone down upon him, for the natural eye is darkened by the radiance of the glory.

And when this has happened to a man it does not exalt him, but casts him down, and he fades away as it were into his own nothingness. Thus can we know that it was the light of God.

And therefore, dear children, it is exactly contrary to the spirituality of the natural heart, for that hoists people up to a wondrous height in their own self-satisfaction and self-conceit, and makes them look down on others from this giddy height, and they say they are above this one or that one — this thing or that. Remember, dear children, a godly man never talks of being above any person or thing, however small or mean, but when it is God who has raised him up above the things below, he loves and honours more than before, those whom he loved and honoured for natural reasons; for he sees himself less than the least, and above none.

Neither does he despise the body, which is the work of God, or anything that God has made. You see people tormenting the poor body, and leaving the evil flesh untouched… Or to ease their consciences, they will talk about the things of God, and look out texts which may give them comfort, turning away from those which would warn and convict them. And thus they again gain for themselves a peace and rest that are not of God…

So, dear children, the guilty conscience may find rest, which is a false rest, in two ways. It may be stifled with pleasures of the world, or it may be puffed up by abstaining from pleasures… till the man is convinced that he is highly esteemed by God, and that he is standing on a pinnacle from whence he can look down on all the people who are not like himself, and in fact upon all people, for he is in his own eyes spiritual, and the rest are low and carnal; he is doing all sorts of holy works… and they are living like common men and women…

And at last, after all this, the Lord in His grace, who loves them as a tender mother loves her child; who knows the mortal sickness of their souls, as a wise physician who cannot be deceived — the Lord, in His great mercy, ofttimes opens their blind eyes, and then they fall down and say, ‘My sins are more in number than the sand of the sea, I have sinned against Heaven and before Thee,’ and the grief and agony of their souls are such that words cannot tell them.

And it is then, dear children, that they are near to the door of the Lord’s great grace, and He welcomes them into the bride-chamber of His beloved Son. He heals and binds up the wounds of the broken-hearted. He fills them with His joy, with the riches of His consolation.

Dear children, when this has happened to a man, when he has been brought into the gladness and the glory of that wedding-feast, of that high festival, then to him are earthly festivals amongst the things that are past away. He rejoices no more in Christmas nor in Easter, nor in any feast-day in the calendar, but he rejoices every day in the high festival of God’s marvellous and surpassing love! Whatever day of the year it may be, in that day all festivals meet, and are complete with the fulness of joy. 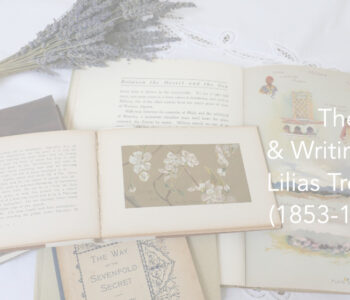