A Simulator Ride… but not as we’ve known it

Virtual reality rides are popular these days, a simulator can give you the feeling and experience of something real even though it is not real; it is a virtual reality… The whole aim of a simulator is to make the ride as real and authentic as possible even though it is entirely an illusion. In a flight simulator you may feel as though you have been flying at speed through the air, and yet you have not ever left the ground.

The first simulators were created not for entertainment, but for training. They were initially used to train military pilots, and their potential for entertainment was soon realised. We went to the Epcot Theme Park one year and one of my favourite rides was the Mission: SPACE simulator which is advertised as being “as close as you can get to blasting off into space without leaving earth… realistically mimics what an astronaut might experience”. As ‘navigator’ I was told when to push buttons and do what was needed. Of course my button pushing didn’t do a thing, but it felt as though it did and the ‘trip’ was exciting because it all seemed so real.

Obviously, being an astronaut or jet pilot in a simulator is far easier and safer than in real life! Firstly, you don’t need any training. You do not need to have years of preparation, years of learning, years of experience. Instead you can immediately ‘fly’. Secondly, there is no responsibility. You do not need to check the aircraft, refuel, submit a flight plan, nor do you feel responsibility for the passenger’s safety or for the aircraft. Thirdly, there is no risk involved. You are not really up in the heavens, but still on this earth so there is no risk to your life or to anyone else’s. No faith is necessary. You can ‘commit’ yourself to the ride in complete comfort and safety and enjoy the experience. Finally, it doesn’t cost very much. For just a few dollars you can experience what flying a space shuttle or a jet is like, whereas for a real pilot or passenger, it costs a lot; even your life.

The simulator manipulates and stimulates your body, mind and emotions to make you think that you have experienced something true and real. But the reality is that it is all false, all pretend, all an illusion, all just a game. The only thing “real” about a simulator ride is that it is real manipulation, real stimulation and a real simulation. Take a close look at each of those words:

Manipulate – from “manus” meaning hand (manual labour), and pull; to handle, control, influence the action of.
Stimulate – from “stick” meaning to goad, prod to action by encouragement or pressure; incite.
Simulate – from “similar”, to be like something; an imitation, pretense, likeness.

Religion is a spiritual simulator ride, a “virtual reality” and an imitation. It may seem like the real thing, but it is not the real thing. It is made by man, it manipulates man and deceives him with a false sense of achievement and spirituality.

“People naturally enjoy excitement and thrills. People want to experience riding in fast cars, high-speed motor cycles or roller coasters, or would like to travel to other worlds that, for whatever reason, are impractical or dangerous – or both. All these things are possible in a simulator. A simulator is a safe and flexible entertainment attraction that takes up to 14 people at a time on a thrill or fantasy ride of a lifetime.” (Advertisement for simulator ride).

Many churches can be described as a “safe and flexible entertainment attraction” and so can many forums outside of the church too. They stimulate and manipulate the senses and emotions to make a person feel something, then what is felt is mistaken for being spiritual even though it is merely sensual. Most of us are more in tune with what our senses tell us than what our spirit tells us and they are often confused one for the other. Religion always appeals to what we naturally like and what makes sense to us; it is sensual. It appeals to our natural values and judgements inciting our admiration for things which naturally impress and affect us: size, numbers, success, beauty etc. And if we have seen through the shallowness of those external things and they no longer appeal, then it will simulate the internal things that impress us: love, knowledge and what passes as wisdom. Religion is expert at manipulating our feelings of not only awe, admiration and praise, but also guilt, fear, pride and self-righteousness. Rather than embracing the truth that “I have died and Christ now lives in me” (Gal. 2:20), religion encourages you to believe that “Christ has died and Self now lives and rules me”.

That may all seem rather “negative” so why mention it? Because a simulator can prevent people from ever desiring or discovering the Real. It is only as you begin to realise that religion is a simulator and substitute that it begins to be seen for what it is and destroyed in the heart as we begin to search for Reality and Truth. Unfortunately though, the religious simulator is designed with people in mind and knows exactly what people like – so most people are happy with it and will never question it or seek anything else. However, some people desire the Substance of Christ and are tired of merely playing a game; they were born to fly into the unknown and to move from one realm to another. Whereas the simulator is designed to entertain, excite and stimulate you but not take you anywhere, an aircraft is designed to take you on a journey and transport you from one place to another.

Church, and also many “ministries”, can be like going on a simulator ride for a few minutes every week. With a simulator ride you pay your money, get in, have your experience and enjoy it, then exit – and you are in exactly the same place as before. Nothing has changed except that you have had this “experience”. And many are content with that and never go beyond a simulator ride experience. You enter into a safe, enclosed capsule which gets you nowhere near the heavens and isn’t real, although it may seem as though it is if you have never flown in an aircraft before. The reality is that there is no comparison between the two; one is a substitute and simulation of the real.

With a real aircraft, when you enter you are committed to the journey regardless of risk and danger. You soar above the earth into the heavens and you see far more than in a simulator, which has only a limited number of programmes to run until new ones are devised and installed. In an aircraft you reach your destination which may be on the other side of the world or in space where everything is completely different!

Some people fear flying. It can be frightening and feel very risky at times and it is the same with our journey with God. But as we learn to yield to where He takes us and to increasingly trust the Way He has provided for us to reach our Destination, we find that knowing Him and being with Him in the Heavenlies is worth the cost of giving up all our illusions, security, and our life for. HE is our Journey and our Destination!

While this illustration obviously has limitations and flaws, it does reveal some of the problems with religion and with the religious (both inside and outside of Christianity and the church). It may be offensive and upsetting to some to think of their church in this way, especially if the church is what they are committed to instead of Christ and His Body. “Don’t put up with anyone pressuring you in details of diet, worship services, or holy days. All those things are mere shadows cast before what was to come; the substance (reality) is Christ.” (Col. 2:16,17).

Nobody likes to be disillusioned or to have their illusions threatened or shattered. Just as Saul on the road to Damascus had to have his religious illusions shattered, so do we. And that isn’t comfortable. He believed that he was doing exactly what God wanted, when it was in fact the exact opposite of what God wanted. When he had left his virtual reality and entered into Christ as his Reality, then he considered that ‘simulator’ to be garbage by comparison (Phil. 3:7,8). What he saw on the road to Damascus completely eclipsed everything he had previously known and believed to be true. When you know and experience Reality (Christ), you no longer desire to play the game; it seems like such a waste of time and effort.

The same God who opened Saul’s eyes and spoke to him, longs to open our eyes to see and hear His Son. In the process we are released from the simulator that manipulated and stimulated us, and which we had believed to be real. In seeing Him we see what we could never see without His intervention: the self-indulgent virtual reality that we have been trapped in. He gives us the liberty and the freedom to instead live in the amazing Reality and Truth of His Love, His Life, His Truth, all summed up in One: His Son!

Since God has so generously let us in on what He is doing, we’re not about to throw up our hands and walk off the job just because we run into occasional hard times. We refuse to wear masks and play games. We don’t maneuver and manipulate behind the scenes. And we don’t twist God’s Word to suit ourselves. Rather, we keep everything we do and say out in the open, the whole truth on display, so that those who want to can see and judge for themselves in the presence of God. 2 Cor. 4:1,2. 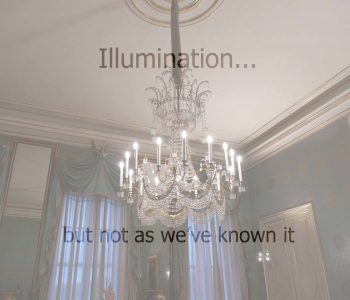 Illumination… but not as we’ve… 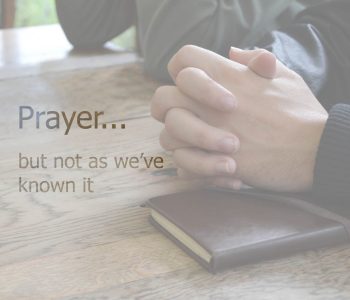 Prayer… but not as we’ve… 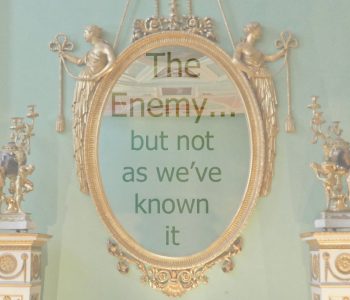 The Enemy… but not as… 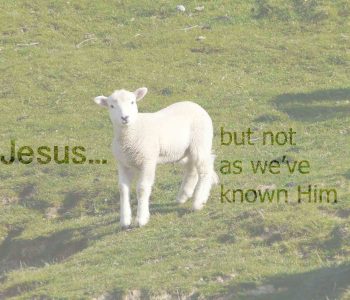 Jesus… but not as we’ve… 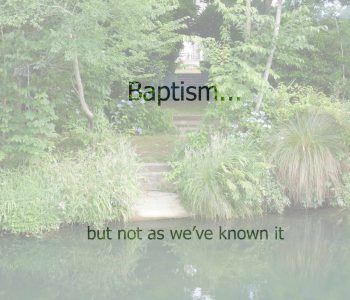 Baptism… but not as we’ve… 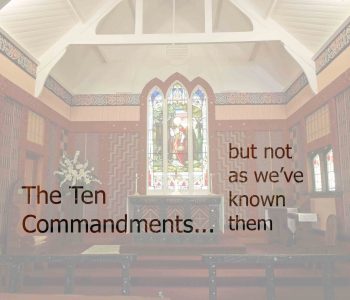 The Ten Commandments… but not… 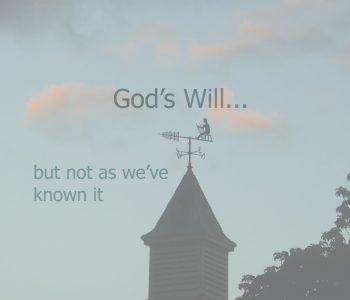 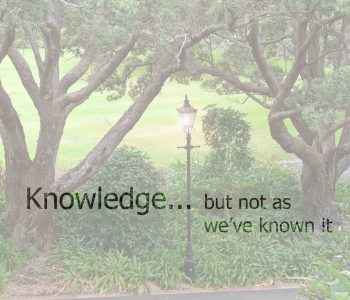 Knowledge… but not as we’ve… 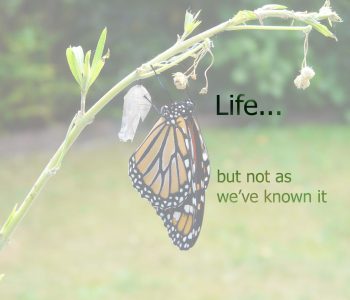 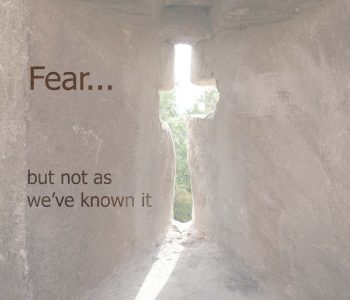 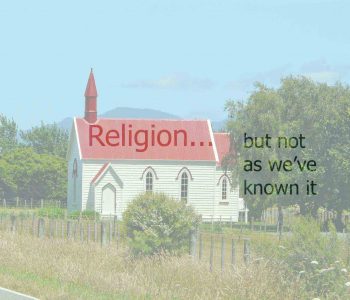 Religion… but not as we’ve… 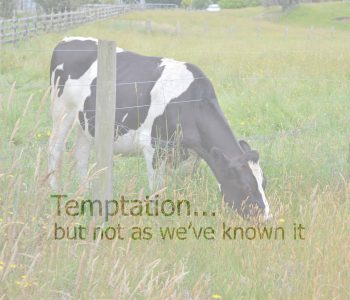 Temptation… but not as we’ve… 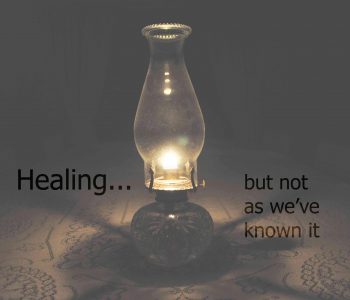 Healing… but not as we’ve… 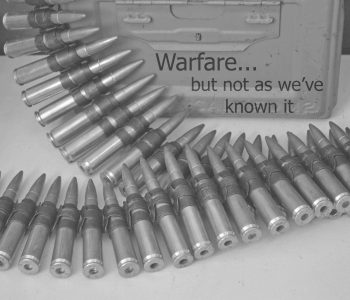 Warfare… but not as we’ve… 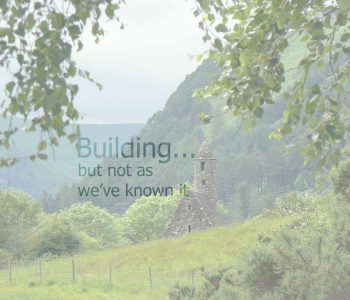 Building… but not as we’ve… 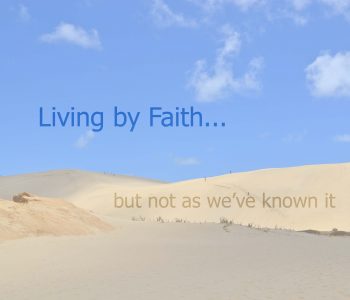 Living by Faith… but not… 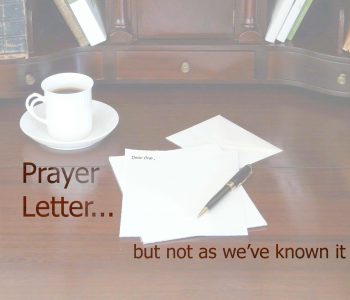 Prayer Letter… but not as… 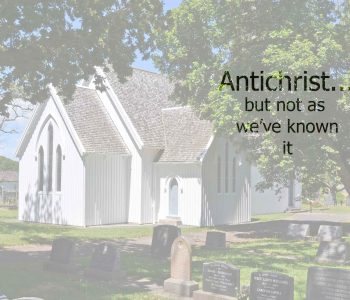 Antichrist… but not as we’ve… 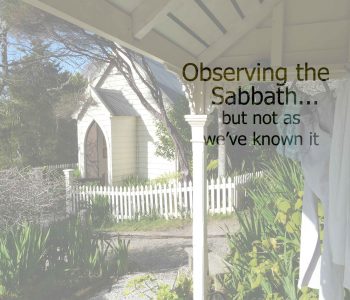 Observing the Sabbath… but not… 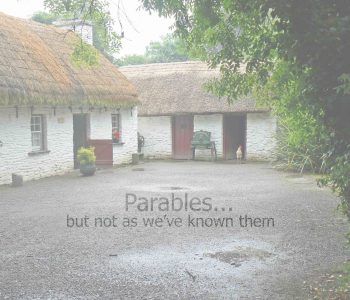 Parables… but not as we’ve…