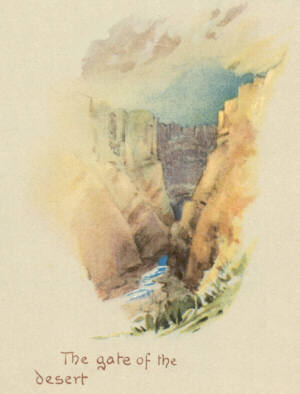 The torrent spoke with God’s voice this morning – so obedient to its course in its narrow bed, – yet just- tossing with freedom and swing in every motion – such a picture of the rivers “of living water” – bound and yet unbound.

And another river lesson has come with the words “His voice was as the sound of many waters” – I have never noticed before how such a thing will check the voice of the torrent – a rock, a bush, even water running will dull it from a thunder of power into a mere whisper – where all the harmony of its multitude of tones is deadened and lost – oh we want to live where not one of the undertones or overtones of His Voice is stifled or missed.

Things still look dark and heavy all round – but “when the clouds be full of rain they empty themselves upon the earth” – it is better to wait as the parched ground waits here, for the torrents that will set life going. And I am beginning to see that it is out of a low place that one can best believe. “Great is thy faith” came to the Syrophenician woman who called herself a dog, and to the centurion who held himself unworthy that the Lord should come under his roof – it was to Jacob halting on his thigh that the Angel said “thou hast power with God.” It is water poured down into a low narrow channel that can rise into a fountain – faith that comes from the depths has a spring in it.

“I will make the showers to come down in their season”. The “season” of showers in this southern land is just when everything is at its very dryest and hardest – when the ground is baked and scorched till it looks as if no blade of grass could ever pierce through it again – that is the “season” when the showers come. 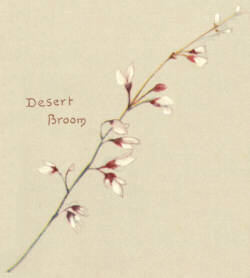